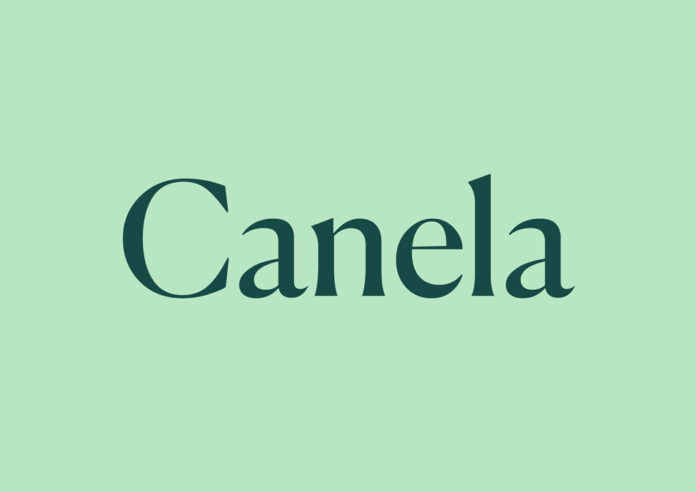 Out with the new, in with the old? Every designer needs an arsenal of tried-and-tested typefaces that work for almost any project—classic fonts that balance timeless elegance with contemporary style.

These ten typefaces are unfailing in their ability to deliver style and substance without looking dated. From the 1930s sans serif loved by contemporary packaging designers to the modernist staples that are the faces of cutting-edge web design, consider this the only capsule font collection you’ll ever need.

If it ain’t broke…

Background: Based on a 1928 typeface designed by Walter Tieman, Orpheus was released as a digital typeface, Orpheus Pro, by Canada Type in 2011.

Why is it Timeless? Calligraphic, ethereal and flowing, this typeface retains the refined spirit of its late-1920s origins, while offering a clean and contemporary alterantive to stuffier serif styles. Orpheus has elegant, timeless beauty by the bucketload, making it the typeface of choice for brands looking to channel femininity and intellect.

Background: Designed by Miguel Reyes and published by Commercial Type in 2016, Canela is loosely inspired by William Caslon’s display typefaces, but draws influences from both sans serif and serif styles to create an ambiguous type style. Reyes’ experience with stonecarving no doubt influenced the inscriptional feel of the font.

Why is it Timeless? Canela’s ambiguity between serif and sans serif allows it to occupy a enviously timeless position. When sans serifs or serifs are not the flavor of the day, Canela still feels relevant and cutting-edge.

Background: Open Sans was commissioned by Google and created by Steve Matteson in 2010. Now the second most used font on Google Fonts, this humanist sans serif was designed to be an ultra-legible font for apps and websites.

Why is it Timeless? Open Sans was an instant hit on its release, and widely used across a range of web projects, particularly those that used flat design, and corporate brand identities. Despite its popularity, the font still retains a neutrality and freshness that makes it one of the best suits-all sans serifs.

Background: It’s incredible to think that Akzidenz Grotesk was created in the late 19th century, a period when Art Nouveau typefaces were all the rage. Released by the Berthold Type Foundry of Berlin in 1898, the sans serif typeface was intended to be used for commercial and ‘jobbing’ purposes, such as publicity and tickets.

However, Akzidenz Grotesk was ahead of its time and subject to neglect for several decades. It wasn’t until the post-war period that it was adopted as the muse of the Swiss school of designers, providing the blueprint for the neutral, simple type styles that became the hallmark of the International Style.

Why is it Timeless? Akzidenz Grotesk is one of the oldest modernist sans serif typefaces in use today, and its longevity is due in part to its ageless quality. More rounded than its successors, Helvetica and Univers, the reduced x-height makes it a more distinctive alternative for web and print design.

Background: Avenir is a geometric sans serif designed by Adrian Frutiger in 1987. Frutiger wanted to create a more organic interpretation of the geometric type styles developed in the 1920s. Named after the French word for ‘future’, the typeface was intended to be a contemporary take on these older modernist typefaces.

Why is it Timeless? Frutiger achieved a fine-tuned balance between neutrality and organic form with Avenir, with the typeface remaining widely popular across political branding, signage and logo design today. A softer and ultra-legible alternative to other geometric sans serifs, Avenir has earned a well-deserved place in our edit of timeless typefaces.

Background: Gotham was designed by Tobias Frere-Jones for Hoefler & Frere-Jones, a New York type foundry, in 2000. Initially created for GQ Magazine, the typeface was later adopted by the team behind the Obama presidential campaign. Solid, trustworthy and at once both familiar and fresh, Gotham’s association with success helped it to become the font of choice for media and movie posters.

Why is it Timeless? Gotham is only a couple of decades old but has managed to become as widely used as Helvetica or Futura. Like these other widely used sans serifs, it retains a neutrality that gives it versatility and an ageless quality. The psychological association between the font and success also adds to its timeless appeal and overall positivity.

Background: Franklin Gothic is one of a wide number of related realist type families developed by the type foundry American Type Founders (ATF) in the early years of the 20th century. Credited to the head designer of ATF, Morris Fuller Benton, Franklin Gothic was named after Benjamin Franklin and has a distinctive ‘newspaper’ style.

Why is it Timeless? Benton’s original intent for Franklin Gothic to be used as a print headline typeface has translated into its contemporary adaptability as an effective font for editorial content on the web. Commanding, ultra-legible and masculinely stylish, Franklin Gothic’s timelessness lies in its effectiveness as a font for directing attention to written content.

Background: The typeface that perhaps best defines Britishness, Gill Sans was designed by artist and typographer Eric Gill in the mid-1920s. Originally designed for use on tourist signage in Wales, the versatility and inscriptional beauty of Gill Sans meant that it was soon adopted more widely across the UK by a range of public institutions and transport departments, including the BBC, the Church of England and British Railways.

Why is it Timeless? Gill Sans is the thinking man’s sans serif. Famously adopted by publisher Penguin for their iconic orange-covered Classics, the typeface became synonymous with academia and intellect. Although undeniably proper and distinguished, Gill Sans has a rounded form and open personality that continues to give it a versatility for packaging design, signage and branding.

Background: Trade Gothic is a grotesque sans serif created by Jackson Burke in 1948. Slightly condensed, the typeface has a tall appearance and editorial air that made it a popular choice in advertising during the 1950s. Today Trade Gothic is popularly used across magazines, books and websites, giving a slight vintage flair to headlines and body text.

Why is it Timeless? Trade Gothic is more of its time than some of the other typefaces on this list. It has a mid-century feel, but nonetheless this translates incredibly well to contemporary design. Trade Gothic is timeless for two reasons—it’s effortlessly stylish and also remarkably versatile. Able to stand alone as a distinctive display font, it also pairs seamlessly with a wide range of serif and sans serif styles.

Background: Designed in 2010 by German type designer Hannes von Döhren, Brandon Grotesque is a geometric sans serif influenced by the individualist type styles of the 1920s such as Erbar. More approachable than other geometric sans serifs such as Futura, it’s proven to be widely popular in web design in particular.

Why is it Timeless? Based on circular proportions, the font balances a rounded friendliness with sharp angles, making it appear at once both friendly and formal. The 1920s heritage of Brandon Grotesque gives it vintage appeal but its contemporary design lends it elegant longevity. Eminently readable and versatile, Brandon Grotesque could be dropped into almost any decade and seamlessly blend in.

How to Create Invisible Text Wraps in InDesign

The Best Free Fonts for Logos & Branding: Part One