In Part One of the crash course we looked at what typography was and how you can format your type using the Controls panel in InDesign.

In this, the second part, we’ll delve further into the world of typography and look at the ‘Big Four’ – the four special typographic effects you can apply to your InDesign layouts to make them really stand-out…

Leading is the unsung workhorse of typography. If you’re looking at a paragraph of type and thinking “That looks great, but I can’t put my finger on why it looks so great”, it’s probably because the designer has applied some generous Leading to the text.

Leading is the word used to describe the space allocated between the lines of text in a block of type. Take a look at this example – at the top you’ve got a body of text with a default amount of leading applied, but the text on the page below that has a more generous leading. And it’s clear to see which one looks more clear and legible… 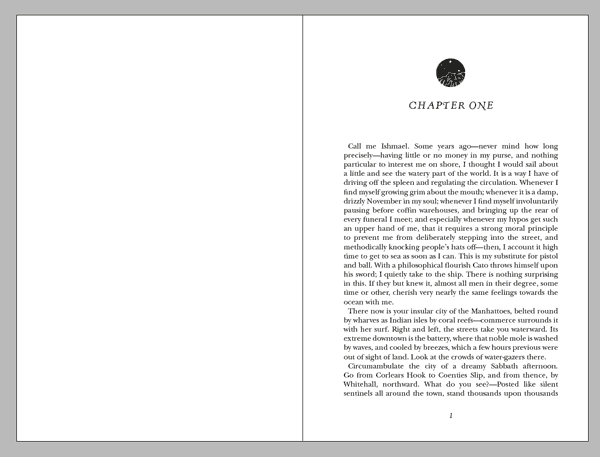 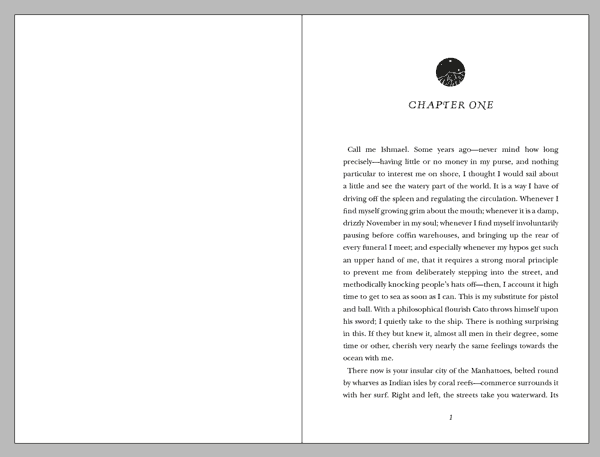 Leading is super simple to edit in InDesign; you can find the option to adjust it in the Character Formatting Controls panel, below the Font Size option:

Tracking is the second of the typography ‘Big Four’ you should make a note of. Tracking defines the space between all characters (letters) in a section of text.

Upping the Tracking of type can make it instantly more legible, attractive and high-impact, without needing to increase the Font Size or adjust the Font Weight (e.g. to Bold or Black). Take a look at these two example chapter headings from the typesetting for an edition of Moby Dick. The lower example, with its increased Tracking, looks a bit more interesting, no?

You can find the option to adjust Tracking in InDesign, up in the Character Formatting Controls panel (when you have the Type Tool (T) selected), just along from the All Caps section. It’s symbolised by a two letters, ‘AV’ and a double-ended arrow. Hover over the icon and you’ll see that InDesign reminds you that this is for increasing or decreasing Tracking.

By default, when you create any new text, the Tracking will be set to 0. But you can pick from a range of options for the spacing of your letters. You can reduce the space by picking from the negative values, giving the text a more compressed appearance, or you can choose to increase the spacing.

Kerning is a much more subtle typographic technique, but it can really transform your type, and elevate it to a super-professional level. Kerning increases the space between individual characters, and it’s a great technique for evening out text that looks a little off-balance. It’s a particularly useful feature for transforming logos and headings.

Take a look at this example and play a game of ‘spot-the-difference’! If you think the lower heading looks a little more even and symmetrical you’d be right – a little bit of kerning between a couple of the letters has helped space out some of the characters that were a bit closer together. 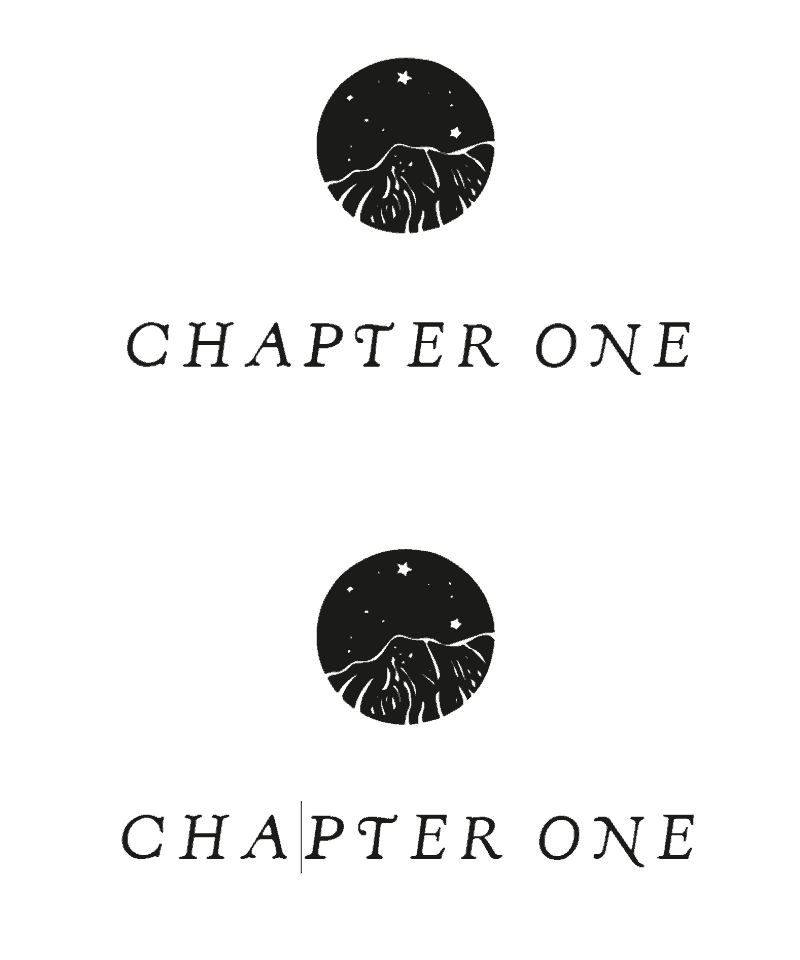 Another really cool typography feature in InDesign which can really pull your designs together is the option to apply a Drop Cap to your text.

A Drop Cap pulls out the first letter or few letters of a paragraph to a larger size, in units of lines of text. You can find the Drop Cap Number of Lines and Drop Cap One or More Characters options in the Character Formatting Controls panel, just along from the alignment and indent settings.

A Drop Cap is a great technique for drawing attention to the start of a large body of text, and gives books, magazines and brochures a formal, elegant appearance. In this example, I’ve set the Drop Cap Number of Lines to 4. 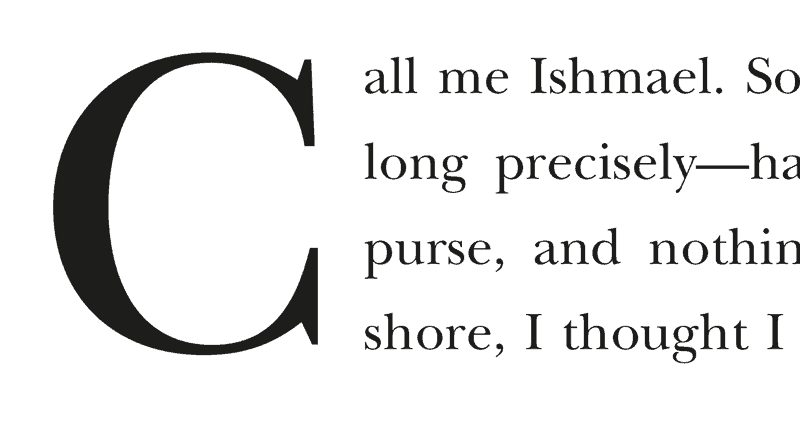 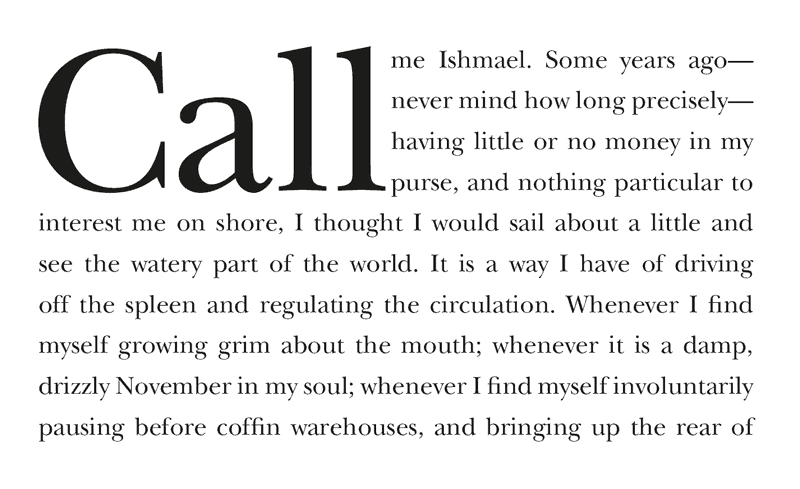 PRO TIP: Give your Drop Cap more breathing space by pushing the rest of the text further away from the Drop Cap. Set your cursor between the Drop Cap letter and the first letter of the remaining text, and increase the Kerning to move all the text adjacent to the Drop Cap.

Refresh your knowledge of typography basics with Part One of this tutorial or find some font inspiration for magazines, books, or print design to get started with using your typographic skills!

To learn more about using InDesign and expanding your skillset pay a visit to our beginner InDesign tutorials page.

What are Widows and Orphans?

Quick Tip: How to Use Baseline Grids in InDesign

The Beginner’s Guide to Kerning

The Beginner’s Guide to Tracking

The Beginner’s Guide to Leading 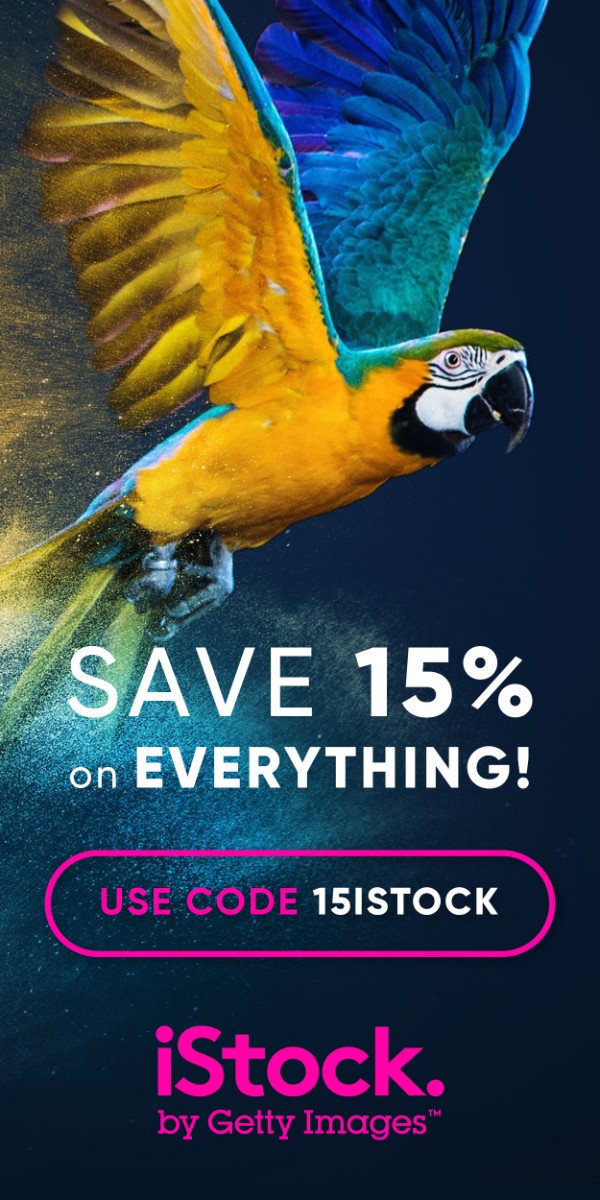